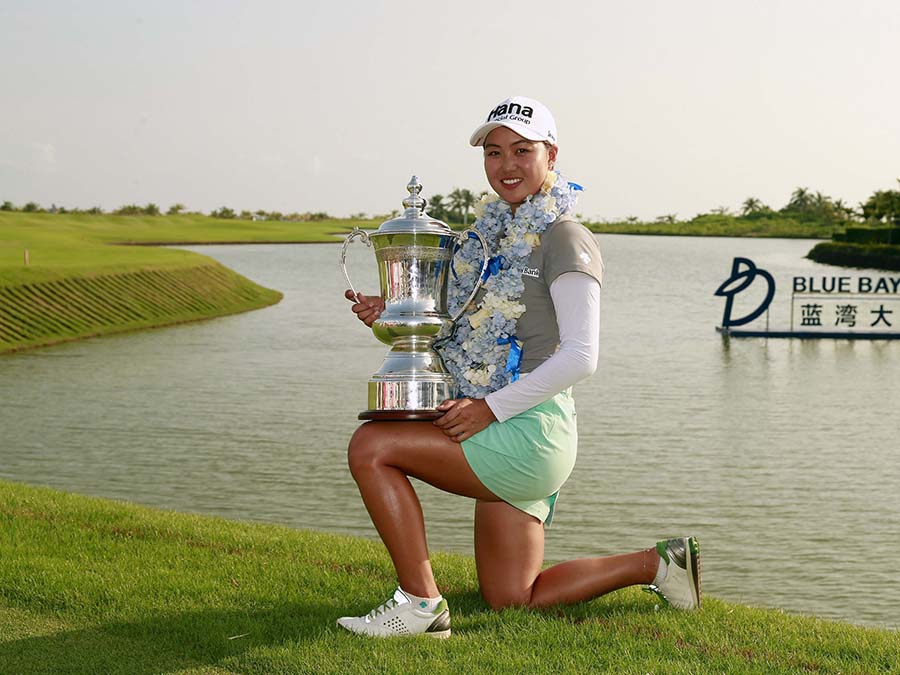 Leading golf footwear innovator, ECCO Golf, is delighted to announce that ambassador Minjee Lee claimed victory on the LPGA Tour for the third time in her career on Sunday, shooting a final round of 70 to win the Blue Bay LPGA in China.

Competing in the company’s flagship BIOM Hybrid 2 design, the 20-year-old Australian birdied the 72nd hole to card a two-under par 70 in the final round to win by one stroke at 13-under par.

Having opened with rounds of 65 and 67 on Thursday and Friday to hold a six shot lead at the halfway stage, Lee played the weekend in one-under to secure her second win of 2016.

After tasting victory for the first time on the LPGA Tour at the Kingsmill Championship last year, Lee claimed her second victory after a stunning final round of 64 at the LOTTE Championship back in April.

“Going into the final round, I knew that it was going to be a good fight. I just put myself in good spots and then I ended up making birdie. I just stuck to my game plan.”

Jesper Thuen, Head of Asia-Pacific and responsible for sponsorship at ECCO Golf, added:

“Minjee really is an incredibly special talent. To have won on the LPGA Tour three times at only 20 years of age is a phenomenal feat and everybody at ECCO Golf is absolutely thrilled for her.

“We’re delighted that several of the LPGA’s most talented players choose to compete in our footwear, and I’m sure that for Minjee this third victory will propel her to even greater successes in 2017.”

Handcrafted from rich, supple yak leather, women’s ECCO BIOM HYBRID 2 boasts a sleek, low-profile frame and uppers that are colour-matched to the outsole, trim and laces.

About ECCO
ECCO, a world-leading brand of shoes combining style and comfort, has built its success on design and leather quality, and innovative technology. Founded in 1963, ECCO is one of the few major shoe manufacturers in the world that owns and manages every aspect of its leather and shoe productions and its retail sales. ECCO is also among the largest producers of high quality leather – customers include several of the world’s leading luxury brands. Today, ECCO Shoes and Accessories are sold in 88 countries at 3,060 ECCO shops and shop-in-shops, and at more than 14,000 sales points around the world. The company is family-owned and employs 19,800 people worldwide. ecco.com